My husband's siblings seized our property after his death - Widow 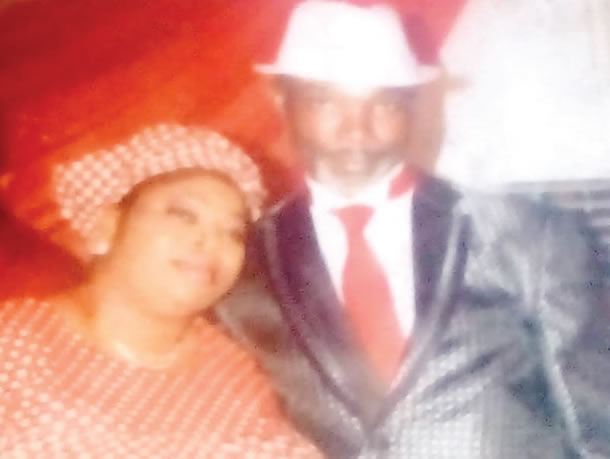 A widow, Mrs Olubunmi Kama, has narrated how her in-laws forcefully took away her husband, identified as James, to an unknown location, and after his death, seized his property, rendering her and their five children destitute.
Read Also:
Kidnapping: FCT police foil gunmen's attempt in Abuja
The Ondo State indigene became married to James, a civil engineer from Ebonyi State, at an Abuja marriage registry on July 16, 2004. A lawyer, John-Bede Ofoha, who petitioned the Inspector-General of Police, Mohammed Adamu, over James’ death and the alleged appropriation of his property by his siblings –Princess and Tochukwu, asked the police to investigate the “nefarious activities of Princess Kama and Tochukwu Kama, culminating in the abduction, denial of adequate care and exposure to palpable trauma, leading to the death of James Kama, thereby exposing his family to untold hardship”
Read Also:
Bandits storm three villages in Zamfara, kill three
The petition, titled, ‘Abduction, false imprisonment, murder, conversion and threat to life perpetrated against the late Mr James Kama and his nuclear family by Princess Kama and Mr Tochukwu Kama’ dated September 17, 2020, and copied the Commissioner of Police, Homicide Department, Abuja. The widow told PUNCH Metro on Wednesday that she was prevented from attending her husband’s funeral in Ikon, in the Afikpo South Local Government Area of Ebonyi in August 2018. She added that Tochukwu and Princess threatened to harm her if she attended the programme. The widow noted that the family members did not acknowledge James’ nuclear family at his funeral, saying her name and those of her children were missing in the programme of events. The mother of five revealed that James had chronic ulcer, but became addicted to pain killers for 13 years which led to his death. She said James was taken to an unknown hospital by his siblings on May 13, 2018, but his immediate family members were not allowed to see him or know his whereabouts until his demise on August 6. Se narrated, “I travelled home to Ondo State to be with my mum when I was pregnant with my twin girls and by the time I returned to Abuja, my husband had been taken away to an unknown location, because he had a crisis. We were not allowed to see him until we were informed that he had died in August 2018." “I was also not allowed to see his remains in the mortuary. I had to beg the attendants, who said they were under strict instructions not to allow me to see the body. Shortly after his death, my husband’s siblings came to our house in Gwarimpa and took away his personal effects, including his vehicles, and left us with nothing” Olubunmi said only a few members of the Kama family were assisting her, adding that she was ejected from the Gwarimpa residence because she could not pay the rent. “I am a caterer, but my husband didn’t allow me to work when he was alive. Now, I have five children to cater for and I have been reduced to begging to survive; I have been hustling and struggling" “Tochukwu and Princess sold his vehicles, took away all his clothes and phones. I believe they are doing this because I’m not from their tribe. My twin daughters just got scholarships to the United States, but I don’t have money for their visas” An uncle of the deceased, Mr Jones Ike, authenticated Olubunmi’s allegations, but said the family had been trying to get Tochukwu and Princess to return the property. he said, “We have been trying to settle the issue; it is a family issue and we don’t want to escalate it. I don’t support the treatment meted out to the woman, but I believe we will sort everything out”
Drop your Comment »
Source: https://punchng.com/my-husbands-siblings-abducted-him-seized-our-property-after-his-death-widow/

Even the northern president does not care about their people, 2023 comes with a change

Even the northern president does not care about their people, 2023 comes with a change